Walter Mason reads a book about Paris, singing and a writer's belonging

I have never been to Paris (a lapse I intend to remedy this year) but I have always loved it, chiefly through the books written about it and the writers who have lived there. Nancy Mitford and Edmund White, two of my favourite novelists, famously made Paris their home, and because of them I have gone on to fall in love with such great Parisians as Marcel Proust, Jean Cocteau and Colette.

Patti Miller’s intriguing literary memoir Ransacking Paris is an attempt to understand a year she spent in that city, seen through the prism of French writers she has grown to love, principally Montaigne, Rousseau and de Beauvoir. 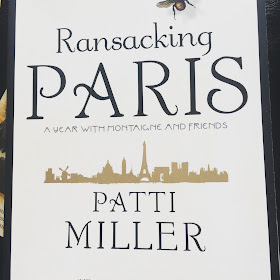 It is a book I picked up with no great expectations, but which immediately hooked me with its quiet beauty and its understated intelligence. Miller is not a showy writer, but she is one who feels deeply, and her Paris is a subtly understood one, a place that mixes itself up with her own, more prosaic, memories of growing up in rural Australia, and going on to deal with her own shortcomings in the world’s most romantic city.

She spent a year in Paris living in a couple of sparse studio apartments with her husband. This husband, not a writer, provides moments of clarity to the infinitely more romantic Miller, and has a tendency to give voice to thoughts she had hoped would simply go away, though she has guiltily thought them herself as well. A big part of the genius of Ransacking Paris comes from this relationship, a type that Miller so rightly identifies as rarely occurring in literature. Hers is a happy marriage of long duration, and they are a middle-aged couple in love with each other and happy in their companionship. So there is no great romance in this book, no hackneyed Gallic adventures featuring big-handed men and warm romps in the Provencal countryside. Instead there is the ordinariness and the occasional irritation of two people who have known each other for a very long time and who have decided to change their lives by doing something very different.

Though many writers get a mention in this book, the great star of it is Montaigne, a man who Miller adores and who she remains fascinated by. She transmits some of this enthusiasm, and makes her readers keen to follow up on this great essayist with a perhaps undeserved reputation for being difficult. In the pages of this book he is a great eccentric and a wise, though flawed man. Montaigne, it seems, had been destined for greatness, or at least peculiarity:

“…he was woken each morning of his childhood by the sweet thrumming of the harpsichord because his father believed a child should not be rudely awoken; he had a Latin tutor from babyhood and learned to speak and read Latin as his mother tongue.”


The wonderfully subtle Montaigne, who allows paradox and even contradiction into his world, is a perfect companion and guide for Miller, who is a thoughtful and shy woman trying to navigate a new life in middle age on the streets of a town she has unduly idealised. She makes friends by leaving notices pinned on walls, she joins a choir and she has odd relationships with physiotherapists and elderly outpatients, all negotiated in a language in which she has no great depth of aptitude. She is hapless, and so extraordinarily sympathetic. Her world in Paris is not a perfect one, and so the reader can easily imagine themselves in her place, occasionally exasperated by a foreign milieu leapt into slightly too late in life.

It is this capacity to be the clumsy everyman that makes her writing about music so interesting, too. Like Socrates, she decides to take up the study of music later in life, determined to be always growing intellectually and creatively. But she is conscious that in this, too, she is something of a fraud, as she has none of the reflexive musical understanding and sophistication of those who have grown up listening to classical music and absorbing its lessons and emotions. She tries, and in this book she even falls in love with Bach’s cantatas, singing them enthusiastically in her choir while the sophisticated Parisian women around her prefer the Janis Joplin number that had been included especially to make her feel more comfortable.

Miller’s quintessentially Australian dis-ease in her surroundings is charming, and she never makes the mistake of seeming too clever or interesting or perfectly accomplished, a common failing in travel memoir. It is in this, too, that she makes this book even more multi-layered and interesting; she is wrestling with the writer’s experience, with the necessary lapses in ordinary morality that the writer must almost daily indulge. This is the source of her anxiety in “ransacking” a city not hers, and also in writing down the story of a dead friend and her still-living son. In a self-created world the writer is free to hide or disguise her own traumatic moments but what, she asks, “can be done with the pain of other people’s stories?”

This is a fascinating book, clever and provoking and also, if it’s what you are looking for, a simple love letter to Paris. Miller’s own interior journeys are traced along the streets and avenues of an old city, and the reader’s own stories emerge too. I have never been to Paris, but when I go there I will be better equipped thanks to this wonderful book.