The Evolution of "Shards of Ice"

We asked Minnie Biggs, author of Shards of Ice, and first-time author in her older age, to reflect on her creative process. Her words follow. But first, the dedication verses in Shards:


Those whom we love and lose
Are not where they were before
They are now wherever we are.
St John Chrysostom

In Walden, Henry David Thoreau urged us to "explore our inner selves, to be a Columbus to whole new continents and worlds within: is not our own interior white on the chart? Explore your own higher latitudes..." 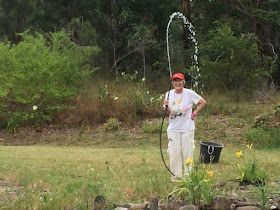 Writing journals and diaries all my life led me to becoming a blogger before the word or the internet was invented. I would write up reports of travels or experiences and send them around to interested friends. Way back in the days of typewriter and carbon paper! Of course that first voyage to Antarctica was one of those accounts. By email.

Somehow that piece turned up at a writing workshop with [writing teacher] Joyce Kornblatt. She liked it and suggested I continue with it.  One thing led to another. My writing about my husband Stephen - such a significant part of Shards -  over a period of time, as well as this exploration of a new land and a new me, trickled on. Joyce just said, “Keep going.” And so I did. Checking in with her from time to time: “Keep going.” She would make suggestions, she would be supportive, she would praise my writing. “Keep going.” Maybe it would be a book?

It was never anything except writing for myself. As I became more absorbed in the study of Antarctic history and stories - I’d forgotten how much I liked researching and making notes - it expanded into that series of vignettes, snapshots. The writing was often challenging, always interesting and usually fun. Seldom real “work”.

The writing about, the remembering of Stephen, was poignant, sometimes funny and often painful, as images or memories surfaced. Sometimes it left me teary, yet it always felt healing. I was literally moving through my grief as I wrote. Not in any particular order. I would get up and leave it for periods of time and always be surprised when I came back. Oh, really? And move along with it.

Journal writing in its essence is honest and clear. Other essays that I have written, about food and place or spirituality, for example, have been in that same mode: what I like to call real. Real is important to me and comes out in Shards of Ice. It is an everlasting pursuit for me, the search for real.

I was bothered by the lack of a ‘narrative curve’ or narrative anything, and wondered about writing in those snippets or sections, yet could not see a way to transform it all into some “proper” format. Fortunately Joyce let me go with it - keep going - even as I added a section on the Red Centre and the Journal of Dying, separate sections in their own right. It would be fun if I could remember when it felt like it was actually a book, when I surrendered to it being the way it was, but I cannot! Like so much of the rest of it, it just was.

Then thoughts occurred that it might be helpful for other people. I met grieving people, people who were caring for loved ones, and I began to feel an urgency about my thoughts about dying: how important it is to communicate with each other, to face the end together. Perhaps these experiences of mine could be valuable for others? So the work became a little bigger than just my experience, my researching, my passions, my play. It might really be a book.

Something about endings felt difficult. How did I know it had ended? I did not. I could have kept going and going. But there was also a feeling of completion, I think. Still not sure as little shards continue to arise, in my memory or experience. How could I not have mentioned  Stephen’s use of the phrase “Your blood’s worth bottling” which came out of my mouth the other day to a kind friend?  But then if I had kept going, maybe there would not be a book at all.

When it was finished - what is finished? - I sent it to a friend, anthropologist Peter Sutton whom I like a lot and whose writing skills I admire. When he came back with a reply of heartfelt enthusiasm beautifully expressed I nearly fell over. It felt done. It had happened. It worked. There was a “message” and it was conveyed. That was enough. Some excitement to publish, but not really necessary.

Little did I know!

Publishing took longer than  the writing. “We really like it…it should be published…but not by us..not now…”  All those writers’ tales about rejection, they were all true. Somehow I shouldered on, not terribly hurt, partly because I wanted it published but did not feel invested in publishing. One other person read it with pleasure, so I felt all right. Kept going.

Finally came the email: “I’d like to publish your book.” It was Stephen Matthews at Ginninderra Press.  Ginninderra means “throwing out little rays of light”. Easter Sunday, 2015. 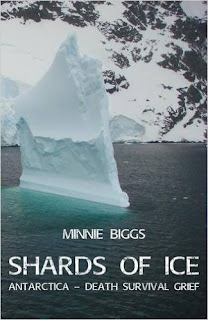 Now it is out, and of course that is thrilling. Just the presence of it on the table, that beautiful book! And now friends are writing with their reactions and, to my delight, they are all different. Each person picks out another aspect  she specially likes, he wants to pursue, another meaningful observation. It has done its work. Let it continue. 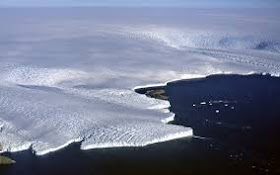